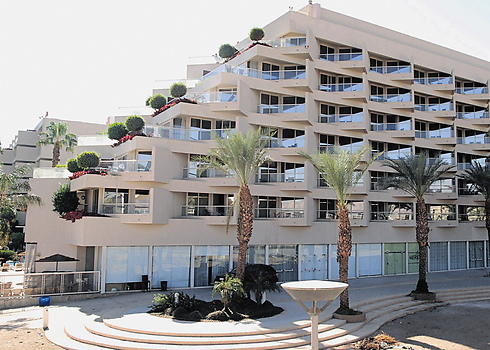 Second Round of 500 Jordanian Employees

Approved To Work In Eilat

Interior Minister Aryeh Deri: "The 400 workers who come into Eilat daily from Jordan to work in the hotel industry have proved the success of this project to date and their contribution to the industry. The arrival of another 500, as part of the second round, will provide significant help to the hotels, especially in advance of the holiday and summer season. This arrangement is an important contribution to the Israeli economy and to bilateral relations."

Tourism Minister Yariv Levin: "Eilat is the tourist resort with the highest number of tourist nights in Israel and the need for workers in the hotel industry is growing as the summer season approaches. The quality of the tourism experience and the service in Eilat hotels is critical to the future of tourism in the city, where most Eilat residents work in the industry. These are day workers who leave Israel at the end of the working day and this also serves to promote the relations between Israel and Jordan."

The second round of 500 Jordanian workers allowed to work in the hotel industry in Eilat has been approved. This, as a result of the initiative by the Tourism Ministry due to the manpower shortage in Eilat hotels that is only increasing as the summer season approaches. This shortfall is likely to adversely impact on the tourism industry in Eilat and, subsequently, on the employment and income of tens of thousands of local families who work in the industry.

Background: In June 2014, the government approved the decision to allow up to 1500 workers of Jordanian citizenship to work in the Eilat hotels in order to offer a stable and timely solution to the manpower shortage and in accordance with hotel occupancy. These workers, according to the decision,  are day workers who return to Jordan at the end of the working day and are employed in cleaning, dishwashing and room service in the Eilat hotels only. This arrangement also contributes to the relationship between Israel and Jordan.

As a result of this decision, an advisory committee was established, headed by a representative of the Population and Immigration Authority and with the participation of representatives from the Prime Minister's Office, Tourism Ministry, Economy Ministry, Foreign Ministry and Finance Ministry. The committee made its recommendation to the Interior Minister  regarding the scope and timing of the work permits. As per the recommendation, the quota remains through the end of 2019 or until such time when the unemployment rate in Eilat stands at 7.5% according to employment service statistics.

The Interior Minister was granted the authority to allow 500 workers in the first round and to instruct, with the agreement of the Minister of Economy and in coordination with the Ministers of Tourism and Finance, allocations of additional rounds, up to a total of 1500 workers.

There are about 12,000 hotel rooms in Eilat, and thousands of workers are required to cover positions in cleaning, dishwashing and room service - in particular in the absence of an urban environment that would allow for the recruitment of such staff. Over the years, several short-term solutions have been used to solve this problem of providing workers for the hotel industry in the resort.

It should be noted that past endeavors launched by government ministries and the hotel industry to encourage Israelis to work in these positions were not successful. Among others, the Tourism Ministry together with the Finance Ministry and representatives from the hotel industry launched campaigns that offered Israelis favorable conditions such as scholarships, annual bonuses, housing benefits, day care etc. However, these did not result in recruiting Israeli workers into the Eilat tourism industry.

The Diplomatic Club | All rights reserved |